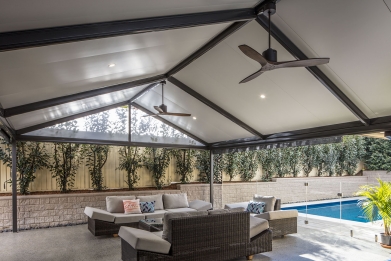 Exhibiting a strong presence and style, the pitched roof of a Stratco Outback Gable Carport, Pergola, Veranda or Patio is endowed with an open feel that will enrich your home and outdoor area. 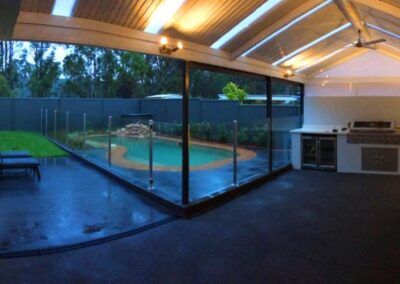 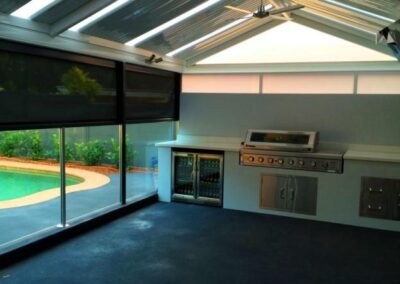 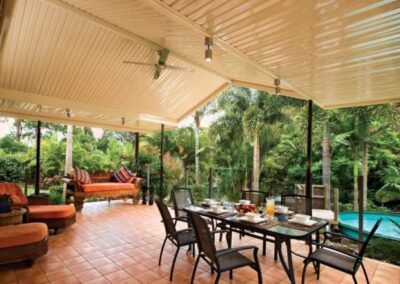 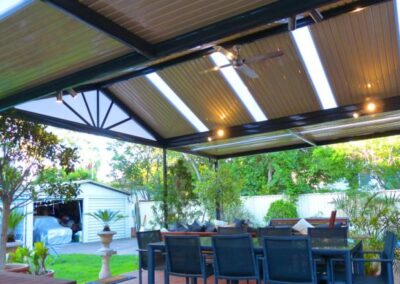 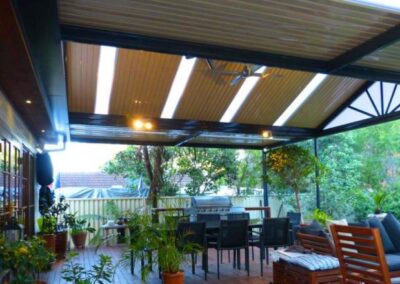 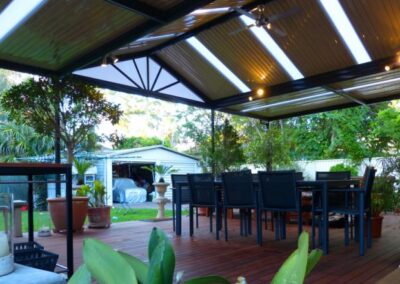 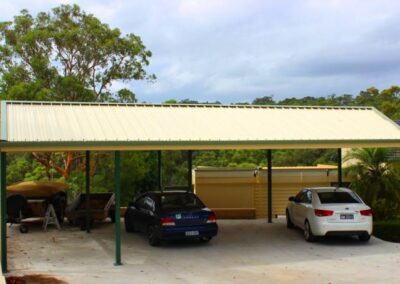 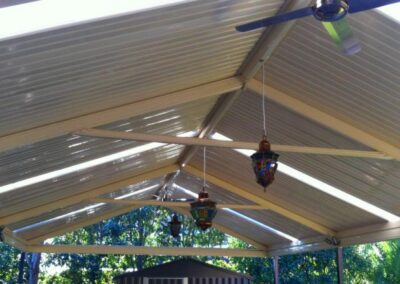 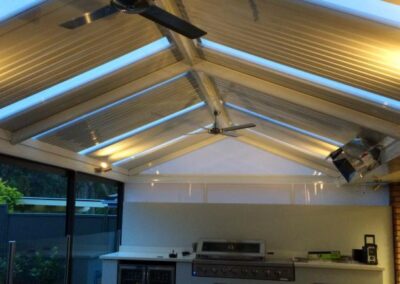 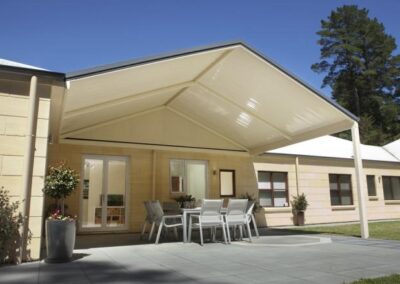 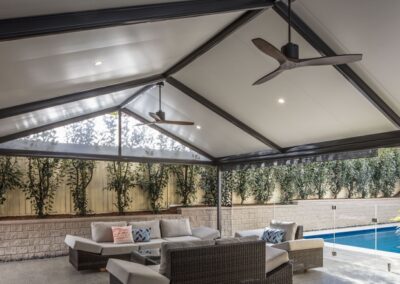 Enhance your lifestyle with a Stratco Outback Gable veranda, patio or carport

The Stratco Outback Gable is available as a freestanding unit or attached to your home. Combined with flat roof or pergola sections, the prominent pitched roof becomes the main feature of the design.

The gable is available in our Multispan or Clearspan design. Match the Outback Deck with Outback Rooflites to supply natural filtered light.

The Outback Multispan Gable offers a range of roof cladding materials. It features purlins that are placed over the rafters in the roof. This supports the cladding, which can be the smooth Outback Deck, light and airy polycarbonate, or classic corrugated steel.

The Outback Clearspan Gable uses only the Outback Deck, a very strong material that does not need extra purlins to support it. This leaves the roof area clean and uncluttered.

The Clearspan Gable can span an impressive 7.5 metres wide with a 22 degree pitch.

Two 12 x 20mm self drilling screws per pan at each support and two 3.2mm sealed aluminium rivets per pan at the back channel. If decking runs parallel to the back channel, secure to channel with rivets at maximum 200mm centres. All screws are to have neoprene washers.

Gable Units Attached Between a Flat/Sunroof Unit & an Existing Structure

Gable Units which are attached between a Flat/Sunroof Unit (excluding pergolas) and an existing house, shall only be considered attached if the Gable Unit is attached to the existing house (C) for its full length (L) and the longest side of the combined unit (B) does not exceed twice the gable length (L). The Flat/Sunroof Unit in this case can be considered attached. This style requires all coloumns to be embedded into footings.

Gable Units Attached to Flat/sunroof Unit One or Both Sides

When designing an Outback, consideration should be given to both Roof sheet direction, and the orientation of any openings and overhangs involved. These are often determined by appearence and drainage requirements. The following charts show some of the normal options used, but contact Stratco if assistance is required.